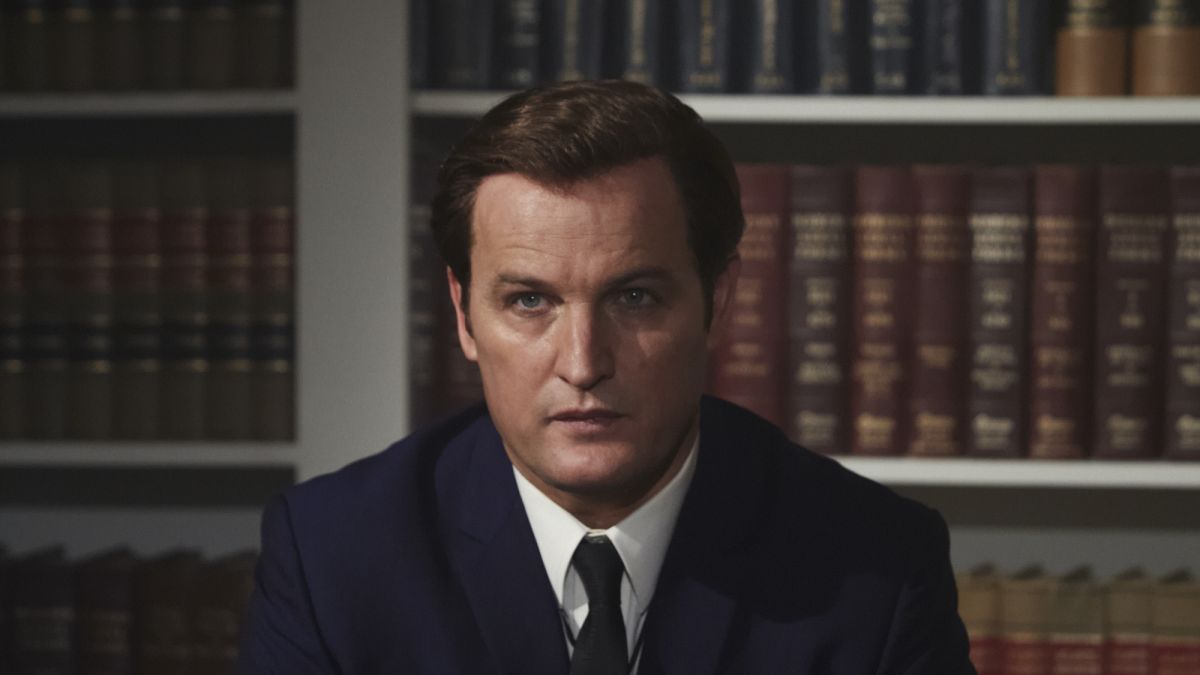 For Edward “Ted” Kennedy, though, it’s just part of life in 1969 America. Expectations always have been high, and with his two older brothers now dead following assassinations, the Kennedy mantle has been passed to him.

“What’s it like walking in that shadow?” a reporter asks.

The sky is the limit for this youngest Kennedy, who already has been elected to the U.S. Senate and is now majority whip. Friends and big-money donors even are encouraging him to run for president in 1972.

But all that changes one night in July 1969 – the very night that Neil Armstrong and Apollo 11 are heading to the moon. After hosting a party on Chappaquiddick Island for some friends, Kennedy leaves the party with Mary Jo Kopechne, a single woman who had worked on his brother Robert’s presidential campaign. Minutes later, they are speeding down a dirt road, and within seconds, he has driven off a bridge and into the water. Kopechne is killed; Kennedy survives, and his legacy is forever tied to the incident.

The film Chappaquiddick (PG-13) opens this weekend, telling the story of what has become the most-investigated car crash in U.S. history. It stars Jason Clarke (Everest) as Kennedy, Kate Mara (Captive, Fantastic Four) as Kopechne, and comedian and actor Jim Gaffigan as Paul Markham.

Director John Curran and writers Taylor Allen and Andrew Logan said their goal was to make a movie based solely on the facts and one that doesn’t promote conspiracy theories. Perhaps they accomplished that – I’ll let historians debate the details – but I do know they weaved an engrossing story that left me outraged at Kennedy while also feeling empathy for him. The movie shows Kennedy and his father’s legal team working to cover up the facts. It also shows Kennedy working futilely to live up to his father’s enormous expectations as the latter tells him: You won’t ever be great.

Here are the details:

Minimal. We see Kennedy drive off the bridge, and then divers trying to get the body. We also see officials examine Kopechne’s clothed body. In flashbacks and re-creations, we see Kopechne fight to get out of the car.

Minimal. We see two women in one-piece swimsuits on a beach. Men strip down to their underwear to try to save Kopechne.

I’m a stickler for historical accuracy. This means during any history-based film, I’m asking: Did that really happen? I asked that a lot during Chappaquiddick – which isn’t surprising with a story surrounded by conspiracy theories. Questioning the narrative in such a film isn’t a bad thing. It can drive us back to the history books, forcing us to search for the facts.

For parents, there’s also a lesson to be learned about placing expectations on children. Kennedy’s ill father is cruel to him throughout the film. It’s difficult to watch.

Finally, let’s not overlook the compromising situation in which Kennedy put himself. He was a married man with children, partying and then in the car with a single woman.

Scripture warns us: “You may be sure that your sin will find you out” (Num. 32:23). If we’re honest, most of us can list an example from our own lives where that happened. Thankfully, though, our personal-and-embarrassing moments aren’t portrayed on the big screen as they are in Chappaquiddick.

Additionally, even the sins we think we have escaped in this world are known by an omniscient, omnipresent God: “Nothing in all creation is hidden from God’s sight. Everything is uncovered and laid bare before the eyes of Him to whom we must give account” (Heb. 4:13). One day, all of us will answer for our sinful deeds.

Clarke is great as Kennedy, masterfully copying the mannerisms, the accent and the quirks. The screenplay, too, is well-written. It’s not easy making a movie when everyone knows how it will end. But in Chappaquiddick, I never lost interest. It is well-produced. Also, hats off to the filmmakers for staying away from a possible Kennedy-Kopechne love story. We don’t even see them kiss. Kennedy’s reaction to his father’s harmful words is enjoyable, too.

This review first appeared at the Southern Baptist TEXAN and Wordslingers OK.

I blog about fatherhood and have an awesome family. I also really like popcorn.