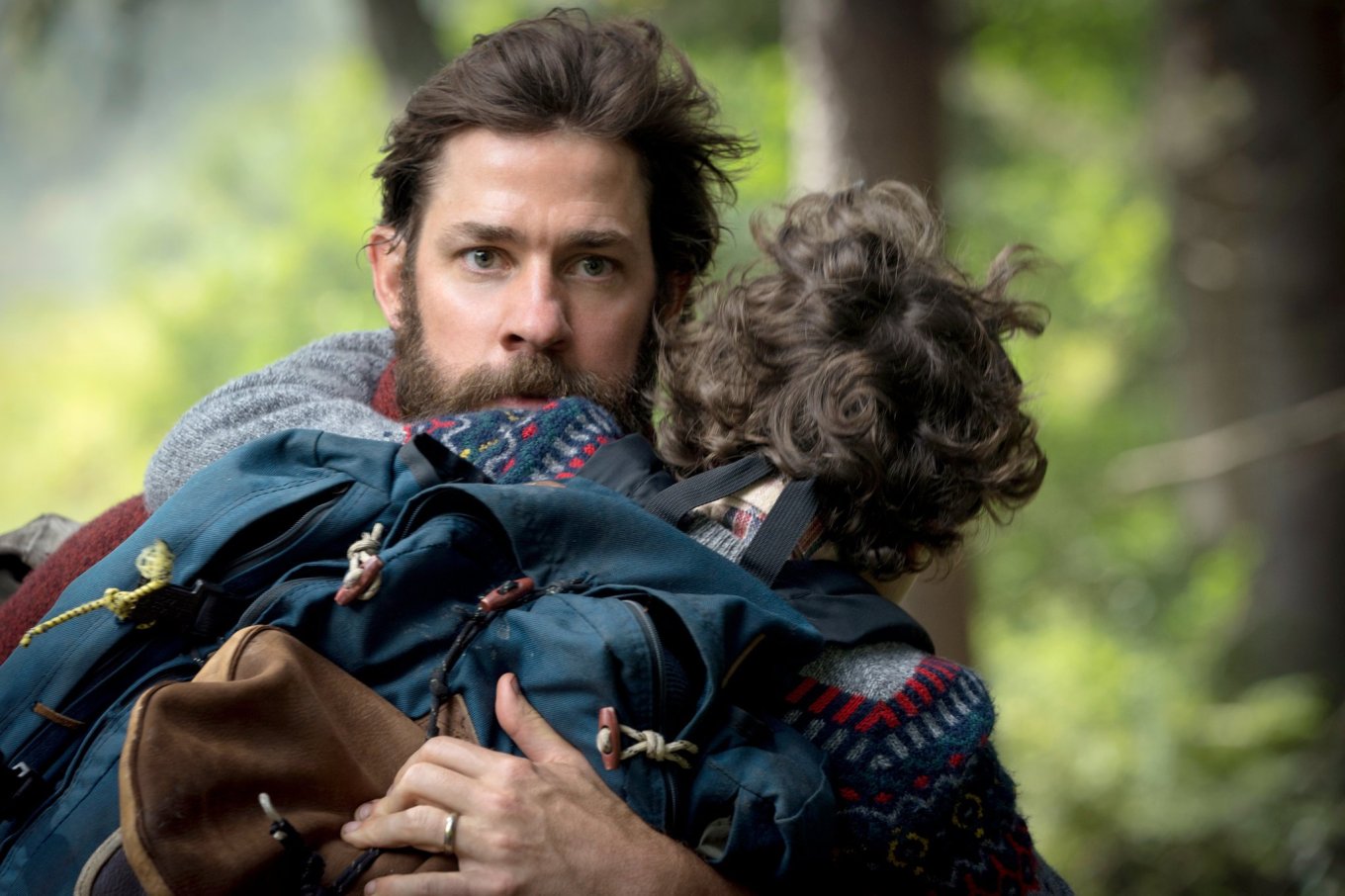 Lee Abbott and his family live in the quiet countryside amidst rolling hills, endless cornfields and big, blue skies.

But if you look beyond this postcard-like scene, you’ll soon discover that all is not normal. No one in Lee’s family – not his wife Evelyn, his daughter Regan or his son Marcus – talk. They use sign language, even though only one of them – Regan – is deaf. They also take extra precaution not to make sounds. This means they don’t slam doors or play music or stomp feet, preferring to tiptoe around the house so not even a creak is heard.

There’s a reason for this madness. Years ago, strange creatures wiped out most of the population, leaving only a few smart and savvy people – like the Abbotts – alive. These creatures hunt not with their eyes (which they don’t have) but with their ears, meaning that a simple drop of a fork or the cry of a child could prove fatal.

It’s like a deadly game of “quiet mouse,” and at least three of the creatures reside in Lee’s region.

And now Evelyn is now pregnant. Which leads to the obvious question: How is a woman to give birth and then raise a needy, crying baby in such an environment?

It’s all part of A Quiet Place (PG-13), which is now in theaters and stars John Krasinski (The Office, 13 Hours) as Lee, Emily Blunt (The Devil Wears Prada, The Adjustment Bureau) as Evelyn, Millicent Simmonds (Wonderstruck) as Regan, and Noah Jupe (Wonder) as Marcus.

The film is scary, yes, but also smart, with plenty of intrigue and suspense yet with very little of the “grotesque” element seen in other modern-day thriller/horror movies. In other words, it’s a monster movie the way monster movies once were made. It’s also squeaky clean in the language and sexuality realms.

The best part of A Quiet Place, though, involves its thought-provoking lessons. Among these are a pro-life message that is so loud (pardon the pun) that it’s hard to miss.

Moderate. It’s a thriller, so be prepared to be scared. Still, it contains less violence and ugly images than many superhero films. We see a glimpse of the monster snatching at least three people. (It happens quick, though.) We also see a dead body. Someone steps on a nail, and we see blood. In the film’s final scenes, we see the monster up close.

Minimal. The husband and wife dance. We see the mom giving birth, but we never see her nude. (Although we see plenty of blood.)

The family joins hands before a meal and prays silently.

The father and mother will do anything to protect their children. The father works day after day to try to make his daughter a hearing aid. The brother and sister, too, seem to care deeply for one another.

A child dies in the film.

Also, if you’re the type of moviegoer who doesn’t like to crunch your popcorn when the theater is quiet, then you may want to skip the concession stand. This movie has lots of quiet moments.

When tragedy strikes, do you blame others? Do you live life with regret? Or do you move on?

In the movie’s opening scenes, a member of the family is killed by the monster as the family walks through the woods. The child had been playing with a noisy toy. For the rest of the film, the mom blames herself for the death, saying she should have been carrying the child. Likewise, Regan blames herself, because she had handed the child the batteries. The lessons they learn are lessons all of us could learn.

The film also gives us lessons on self-sacrifice and expressing love for your child.

Imagine living among creatures that attack and kill if you made any noise. Now imagine a family member – or yourself – getting pregnant. What would you do? No doubt, many modern-day families would have found a way to perform an abortion, knowing that a baby – and the loud noises it brings — could result in the entire family dying. But Hollywood didn’t give us that story. Instead, it told us about a father and mother who had a plan to keep the baby alive once it was born – even if the birth meant they might die, too. Maybe Hollywood didn’t intend for it to be a pro-life story, but it ended up that way.

Thrillers are always scarier when we see less of the monster, not more. Kudos to the filmmakers for getting this element right.

I’m always too analytical in thrillers: Couldn’t bombs and military planes have killed the monsters? After all, the monsters don’t fly.

A Quiet Place is rated PG-13 for terror and some bloody images.

This review first appeared at the Southern Baptist TEXAN and Wordslingers OK.

I blog about fatherhood and have an awesome family. I also really like popcorn.